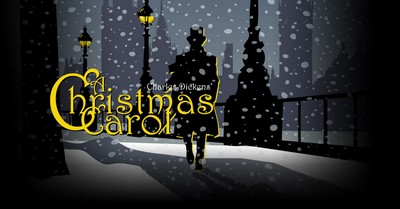 The 2015 High School Stage Production was A Christmas Carol, based on the book by Charles Dickens.

The two productions on 20 and 21 November were the culmination of weeks of practice and preparation. The script is based on the book by Charles Dickens. Dramatic license was used to adapt the story and make it suitable for stage. Actors went through a selection process in term 3 and practices soon began with individuals and on single scenes.

The lead actor, Joseph Grobler, fitted into the role of Ebenezer Scrooge with enthusiasm and dedication. His attitude to his role was an inspiration to the entire cast. After many practices, voice recordings, costume fittings, rehearsals with the prop, light and sound teams, the cast was ready to usher the audience into the London of the 1800s.

The basic story line: Ebenezer Scrooge is a cold-hearted miser. He has become a selfish old man whose only aim is to become richer. The mission for Scrooge’s redemption begins with a visit from the spirit of his long-dead business partner, Jacob Marley. Marley’s task is to warn Scrooge that his selfish, money grubbing lifestyle will end in destruction. He tells Scrooge to expect two important visitors. The first of those visitors is the Angel of Christmas Past. The angel shows Scrooge scenes of his early years and reminds him how happy he was and how free from the love of money. The second of the visitors, the Angel of Christmas Present, takes Scrooge on a tour of the city. Scrooge sees the misery he has caused, especially to Bob Cratchit and his family, through his mercilessness. Scrooge takes the lessons the angels teach him to heart. Their visits are not in vain. Scrooge is redeemed at last.

The main cast, supporting cast and backstage teams deserve a round of applause for their 100% input into making A Christmas Carol a reflection of the true spirit of the season.