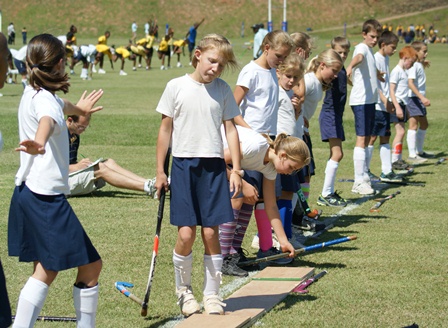 The Junior Hockey and Netball players attended a coaching clinic held in Greytown on 16,17 March. They players were put through their paces by the professional hockey and netball players who coached them. The coaches learned many new tactics and basic skills which they could apply on home ground during weekly practices.