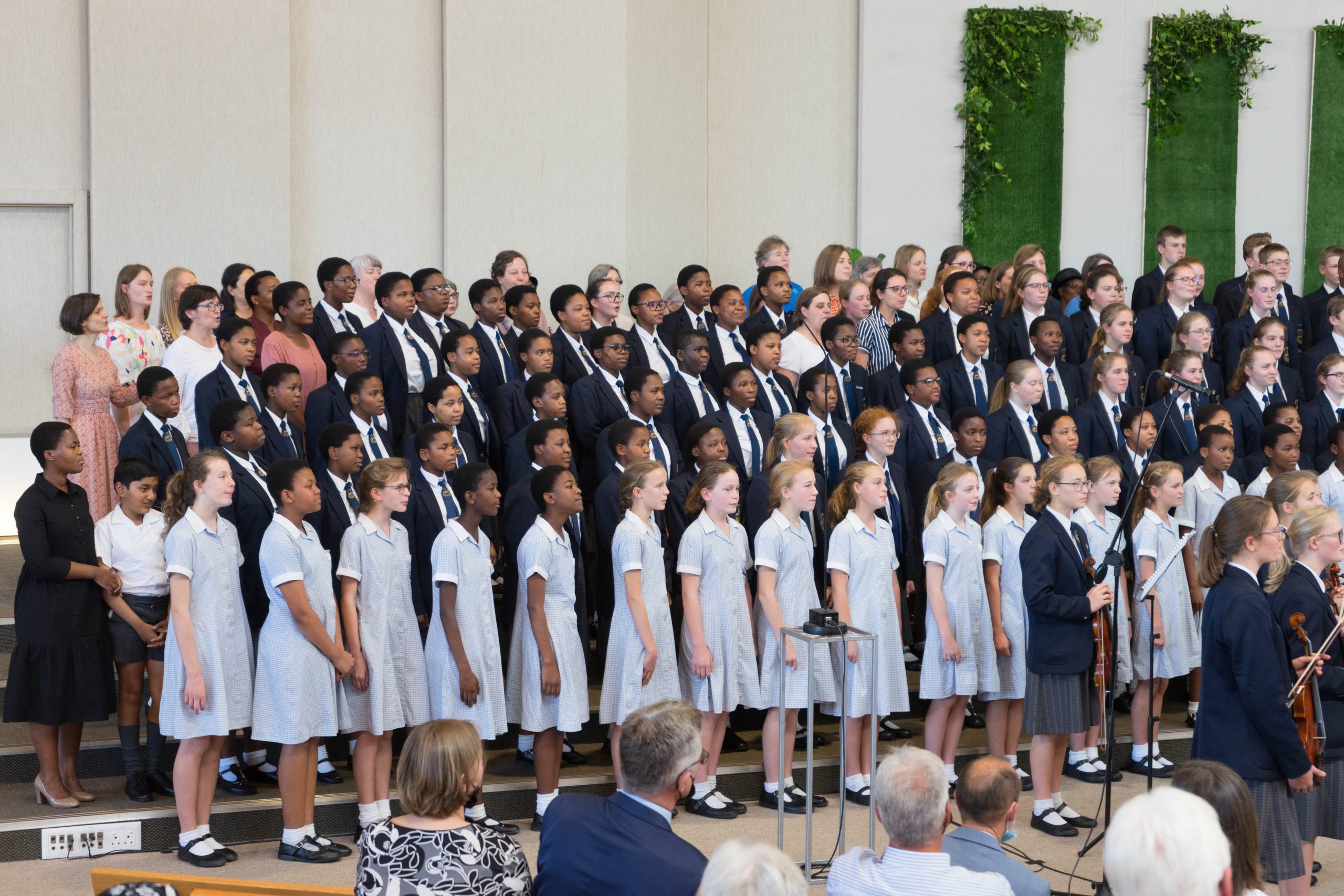 Pre-Primary & Foundation Phase Award Ceremony saw the graduation of the Grade R learners from Pre-primary to Junior school. The Pre-primary learners sang a delightful song and Gr R recited a poem for the audience. Donning a graduate cap, each Gr R learner was awarded a graduation certificate and a gift. The Foundation Phase learners presented musical items, after which they received their awards for the year.

It was an honour to host the HRH Prince M G Buthelezi as our Guest of Honour this year together with his son, Prince Zuzifa Buthelezi and his wife, Undlunkulu Buthelezi. Singing and musical items were part of the program. During the principal’s speech, the Declaration was finally completed when the Board members added their pieces and Lars added his brother, Mika’s piece to the board. In his speech, Dr Buthelezi expressed the rich history of his life, giving insight into the background of his political career.

Sport, extracurricular and academic achievements were awarded. Undlunkulu Buthelezi assisted with the presentation of the awards.