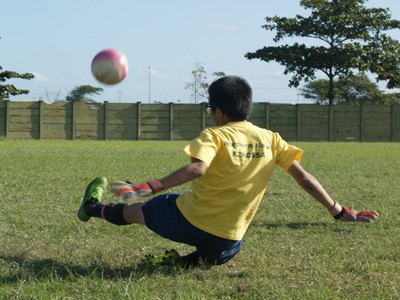 DSS participates annually in the KZNCSSA Provincial Winter Sport Tournament held at Richards Bay which took place on 17 May this year.

Runners who qualified at the Interhouse competition participated in the provincial compeitition. The shortest distance run was 1km. The U8 & U9 runners did this is superb style with Matthew Greyling winning the U8 age group and Amy van Tonder, the U9 age group. Ria Combrink won the 2km U10 race; Elsi Haux, the 3km U11 race; Mark Haux, the 3km U12 race; Melanie Engelbrecht, the 3km U13 race; Daniel Bosman, the 4km U13 race; Stefanie Wunderlich, the 4km U14 race and Sara Knieper, the 5km Youth race. The furthest distances run were the 6km and 8km races. Madeli Marloth won the Female Junior race of 6km.

All in all the Cross Country runners brought home 10 gold, 3 silver and 3 bronze medals.