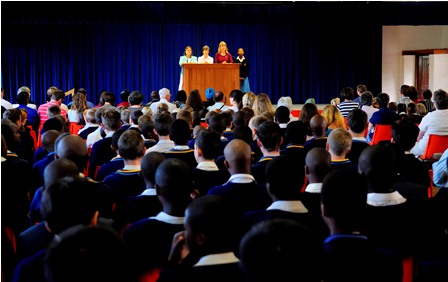 Confucius once said, “The man who moves mountains begins by carrying away small stones.” Well, the 2013 Grade R began with the first small stones of their school career on 16 January this year when Domino Servite opened its doors for the new school year. The Grade R learners were not the only new faces at school, there were a large number of Grade 7 learners who also wore the DSS uniform for the first time. Welcome to each and every new learner and the new parents they bring along to the parent body. Learners were assigned their classes and class teachers and teaching began at 9h00.