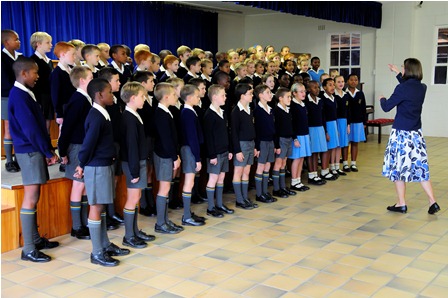 Term 3 Award Assembly took place on 28 September. The Grade 12 programme managers, Stephan Stegen and Skhulisile Khuzwayo handled the proceedings very competently. Due to the fact that most sporting codes completed their fixtures by the end of Term 3, there were a large number of learners who were awarded bronze and half colours for athletics, cricket, hockey, netball, soccer and volleyball. In addition a large number of learners were awarded for Expo and Olympiad achievements. Congratulations to you all! The staff also received an unexpected surprise when they were each awarded a certificate of Exceptional Achievement from the DSS Parents and their children.