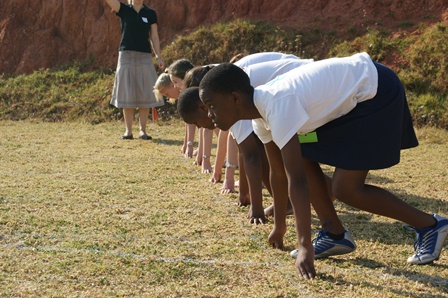 The DSS Interhouse Athletics Meeting took place on Thursday 2 August and Saturday 4 August. It was a titanic battle once again between the two houses, Murray and Morris. Morris started the day with a lead of 8 points due to their win in the Interhouse X-Country event that took place last term. But by the end of the meeting, it was Murray who raised the winning trophy by narrowly beating Morris by only 5 points. In addition, Murray won the Cheering Trophy. Well done, Murray!