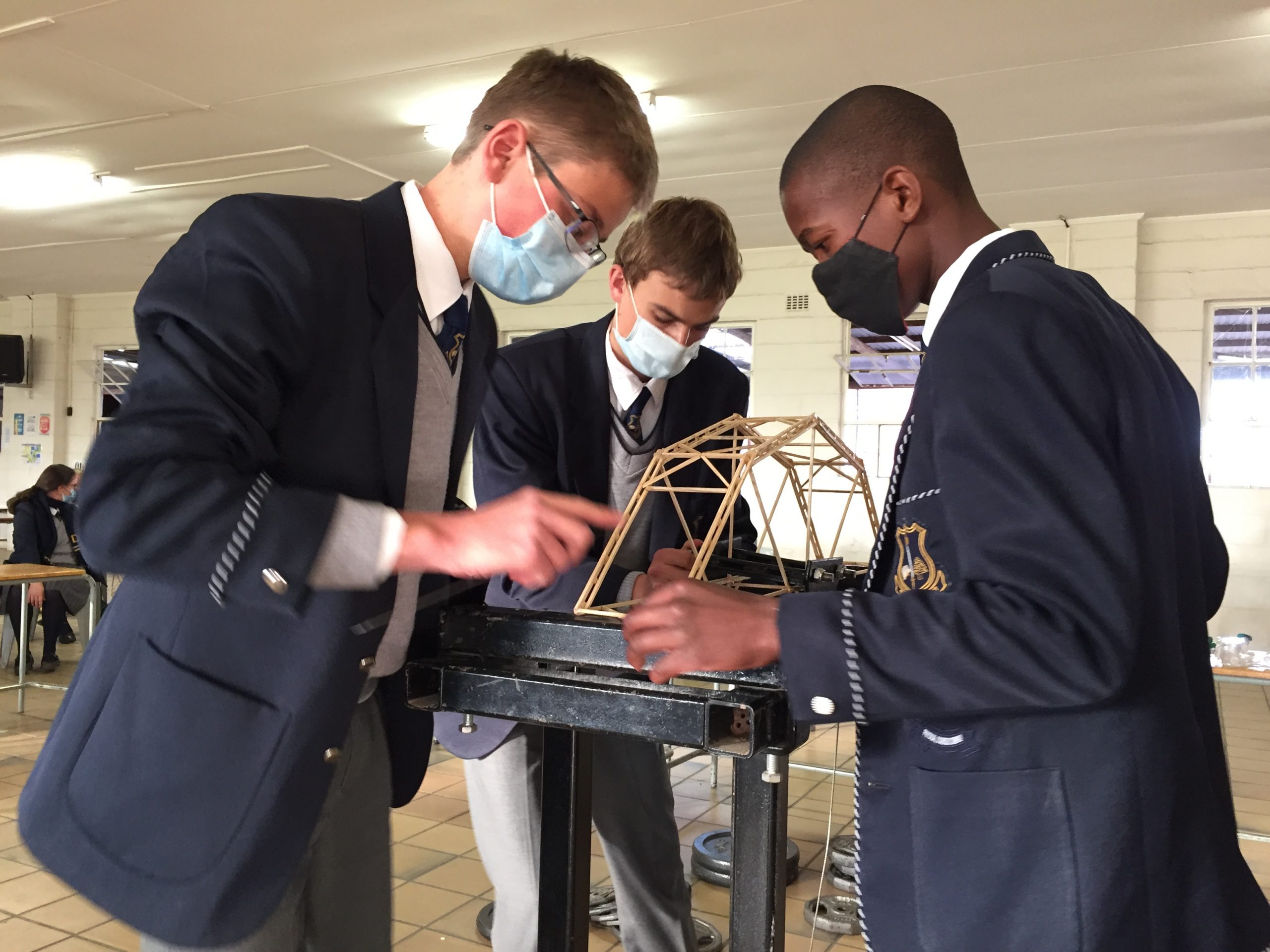 The DSS Bridge Building competition took place on 4 June with 12 teams competing. The bridges came in many shapes and sizes and were judged on aesthetics before testing the weight they could carry.

The top two achievers will represent the school at the provincial competition to be held on 3 July at St Charles College, Pmb.