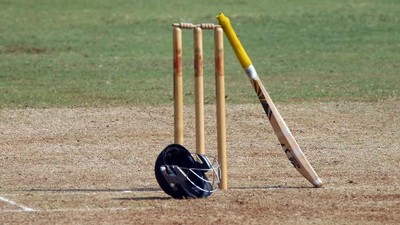 Greytown High batted first and DSS restricted them to 44 runs, all out in 12.5 overs. Our bowling was excellent. Jacques Gouws bowled their opening batsman on the 3rd delivery and the score on 0. He took another wicket in his 2nd over and he bowled the last batsman. Only 4 runs could be scored from his 4 overs. Pierre Stegen was the other opening bowler and took 2 wickets for 3 runs in the 3 overs that he bowled. Pierre took out the Greytown High captain with a delivery that trapped him LBW. Marc Wälz and Arno Combrink took 2 wickets each. Dan Bosman took two catches at mid-off and Marc took a nice catch in the deep, close to the boundary.
DSS opened their batting response with Mark Haux and Philip Green. They started off cautiously. Philip lost his wicket with the total on 17 in the 4th over. He was replaced by Jacques Gouws. DSS lost only one wicket before reaching the target of 45 runs with more than 8 overs to spare.
Result: DSS won the match by 9 wickets.