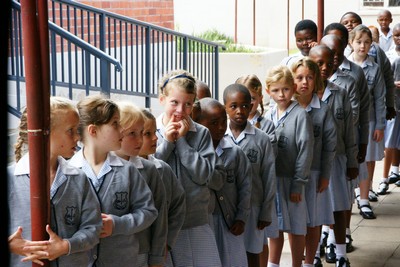 Judging from the many smiles around the school on 18 January, DSS was a nice place to start the school year!

Parents, friends, staff and learners attended the initial assembly at 7h20. It was a special event because we welcomed many brand new learners to our school. Besides the 7 Grade R learners, there were many who donned the DSS uniform for the first time. The first day was a flurry of new faces, classes and books and soon the holidays became a distant memory!
Be thankful is the theme for the first term of 2017 and we are thankful for our school and everything it represents.