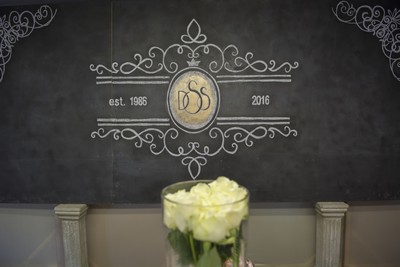 DSS was established in April 1986 and on 30 April 2016 we celebrated our 30th anniversary with style.

Events kicked off on Saturday, 30 April at 2pm on the sports field in fine arctic weather conditions. The brass band started the afternoon proceedings and got everyone in a celebratory mood. Learners, parents and many visitors enjoyed the games and fun events on the field. They were climbing up and sliding down a gigantic slide, paintballing, pillow fighting, dread lining, go cart racing, dodging rain drops, rubbing hands and faces and many other body warming activities. A historic tug-o-war ended the afternoon activities with old scholars against DSS learners.
Needless to say the steaming coffee and chocolate as well as pancakes just out the pan probably topped the sales figures for the day. Such cold weather works up good appetites which were satiated with a delicious supper.

The evening programme started with a Foundation phase and Pre-primary rendition of Happy Birthday to DSS! The principals and teachers from DSS schools in Europe congratulated DSS South Africa and presented a short slide show on their schools. We walked down memory lane with DVD presentation of 30 Years of Drama at DSS which showcased drama productions over the decades.
The Old Scholars presented an inspiring example of how DSS has enabled them to Guard the Light and pass it on the next generation of learners as well as their children and their children’s children.
This was a reminder of the real work of DSS which is to pass on the heritage of the light of the revival at Kwa Sizabantu Mission.

On Sunday, 1 May, our celebrations were completed with a Thanksgiving service in the Kwa Sizabantu Auditorium. A massive choir and orchestra comprised of learners and old scholars lifted the roof with a medley of age old hymns; We’re marching to Zion, Give of your Best to the Master and Conquering Now & Still to Conquer. The music ensemble, the KSB Choir and the brass band entertwined the programme and God’s word with musical praises which rounded off the memorable weekend.

Praise the Lord. Give thanks to the Lord, for He is good; His love endures forever. Psalm 106:1