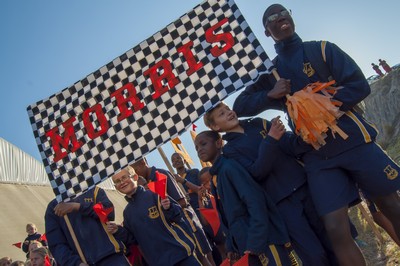 Murray took pole-position on the starting grid, with Morris in 2nd place for the annual Interhouse Athletics Competition on 8 August.

Murray began the race with a 23 point head start (which was accumulated in the Interhouse X-Country) they set a blistering pace and went on to take the chequered flag with a solid 228 point victory over Morris. With F1 racing to inspire the athletes and delight the senses, it was chequered pants, skirts, takkies, green and orange racing cars that told the story.
The track fairly sizzled this year with 29 new records that were set. The BEST PEFORMANCE of the DAY was the U17 Boys 4X100m relay of 46.20 and which earned an ASA score of 808 points.