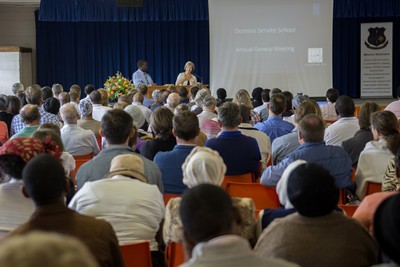 The AGM took place on Saturday, 28 February at DSS.

There was a pleasing parent turnout which indicates that Domino parents take school issues to heart. For the first time, parents of the pre-schoolers also attended. Parents were formally welcomed and the meeting took off to a good start with a challenging devotion by the Director of KSB Mission, Rev E Stegen.

The meeting was concluded with a delicious lunch.