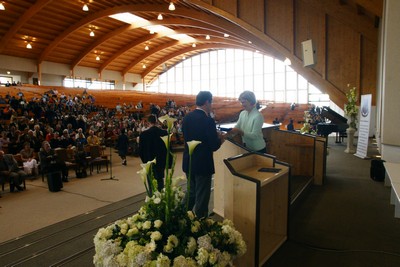 The annual Prize Giving ceremony took place on 29 November 2014. It is always a prestigious event and this year was no different.

We were privileged to have Mr and Mrs Didier Schott as our Guests of Honour. Mr Schott leads the work of KwaSizabantu in France. They certainly added an international flavour to the proceedings.

Prize Giving is undoubtedly the highlight of the school year. Learners are awarded for their excellent achievements throughout the year in all fields – academic, extra and co-curricular.
There are a number of DSS learners who have contributed to the honours ranks this year through their outstanding achievements in extra-curricular activities.
Joseph Grobler, Iliya Matveyuk and Philip Meyer achieved gold and honours for their performance in the AECOM-SAICE Bridge Building competition.

Congratulations to all the 2014 prize winners.