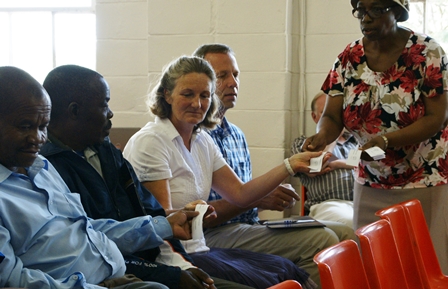 All parents are expected to attend the AGM and this year there was a large turnout. Thank you, parents.
The Principal, Dorothy Newlands, gave the parents a glimpse into the general enrolment figures for 2014, new staff, and academic results for 2013. Mr M Ngubane, the Chairperson of the SGB addressed the parents on a number of issues relating to the new uniform and the Code of Conduct. Mr A Stegen, member of the SGB, addressed the parents on financial issues and school fees.
Congratulations to Mr Nico Bosman, a parent, who was voted onto the SGB by the parent body. All the existing board members were re-elected.
The meeting was closed and the parents enjoyed a delicious lunch.
E Gouws