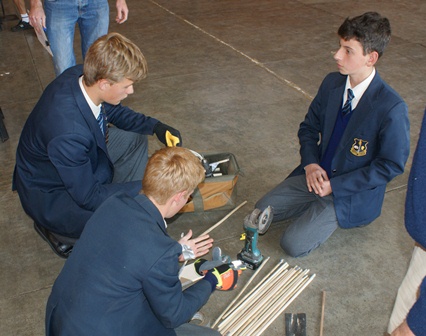 Learners were required to build a jumping device, which could perform one or more of the following functions, each tested individually within a period of ten minutes:

Learners’ machines could be powered using hydraulic, pneumatic, gravity and/or elastic energy, but had to be build using a specified list of materials.