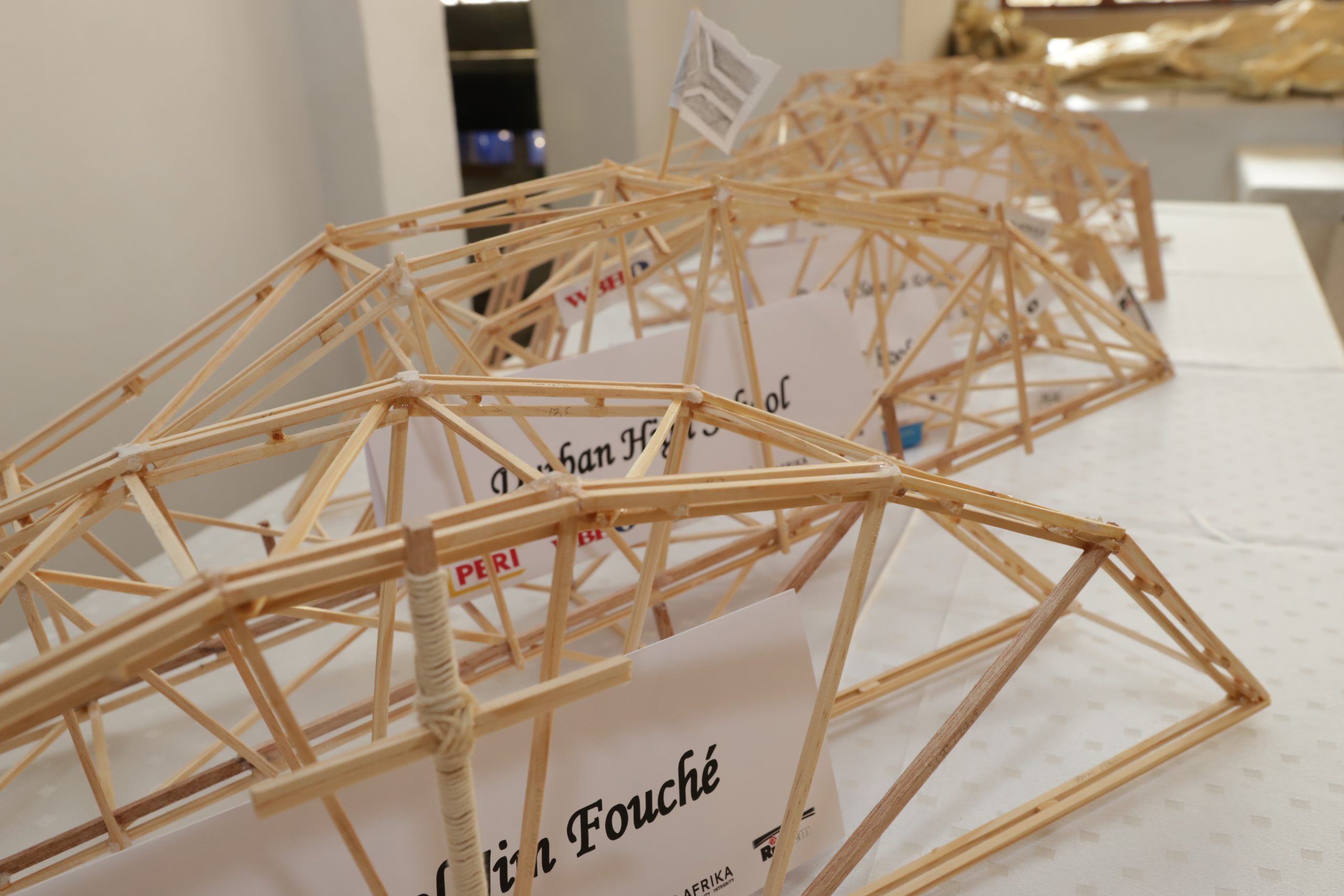 The SAICE website offers details of the competition procedures:

On the Friday morning of the competition, an informative presentation by a civil (bridge) engineer on the stresses and strains to be considered when designing a bridge, precede the action. The team members are usually from Grades 9 to 12. The bridge building kits contain 25 sticks of 3 mm nominal thickness, glue and some string. Construction is done according to a technical briefing. The teams get down to the gruelling business of planning, designing, measuring, cutting dowel sticks and constructing the bridge by gluing everything together to form sturdy bridge structures, while racing against the clock towards tools-down time!

The meticulously constructed bridges are then left to dry for a few hours. The adjudicators then complete their task regarding the aesthetics and weight of the bridges. The teams, after having exchanged daytime T-shirts and tracksuits for school uniforms, gather for an evening of nerve-racking testing of their bridges. Excitement mounts, hopes soar and some dreams are shattered as one team after the other bring their bridges forward for testing on the rigg. Each bridge is tested to destruction to ascertain its weight-bearing capability. saice.org.za

At the national competition the teams are given unique specifications, curveballs, for the bridge design which require creative thinking. The teams were assessed on the following categories: design, correctness, aesthetics, failure load, and bridge weight. DSS achieved 4th position with a total score of 149.8. HTS Kimberly achieved 1st position with a score of 247.1.