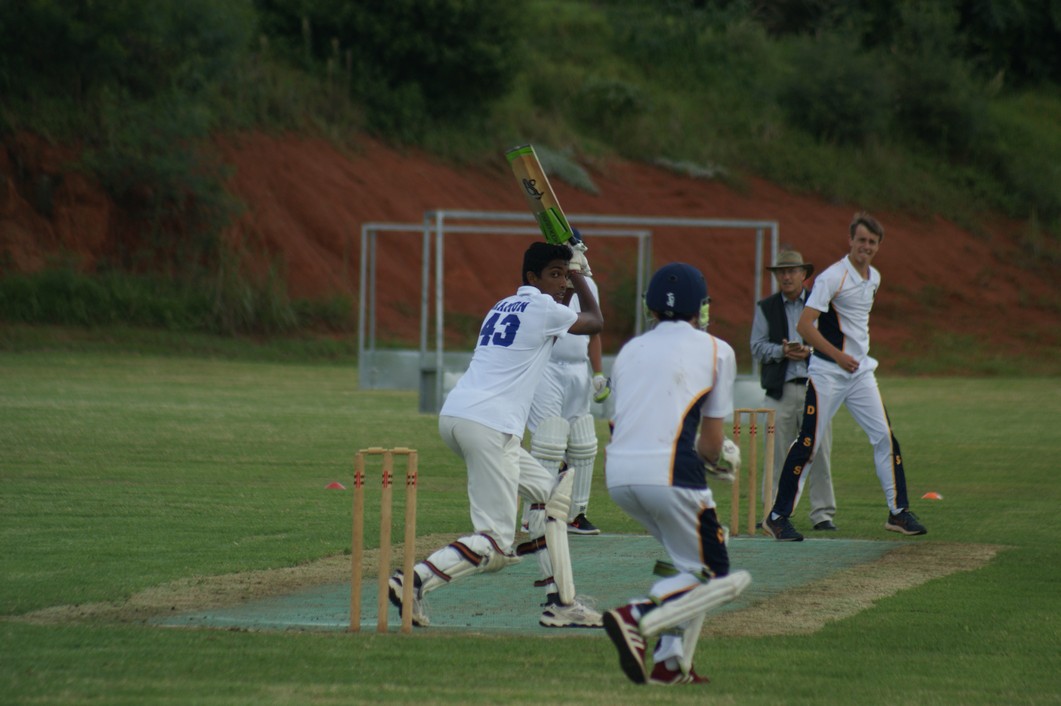 The 1st cricket team played Greytown High on 24 February. DSS won the toss and opted to bowl first. Greytown lost their first wicket with the first ball. They recovered well but then lost three wickets in one over. They were all out after 11.5 overs in which they scored 64 runs, with Ramon scoring 28 runs. Khulekani Mzolo got three crucial wickets in one over. He and captain, Marc Walz took 4 wickets each.
DSS started briskly in reply but lost three wickets in succession which almost derailed the chase. Eventually DSS reached the target of 65 runs after 15 overs for the loss of 6 wickets. Philip Green scored 19 runs.