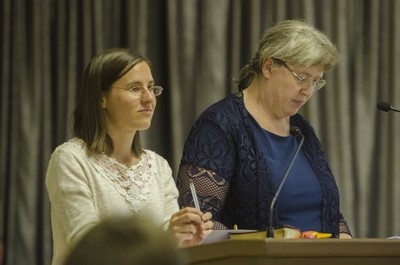 On 27 March, 8 teams were pitted against each other in the school level of the WESSA competition held at DSS.

The first round tested the teams’ knowledge of games reserves. Questions were answered on paper and handed in to the judges’ table. The second round included video clips and an article on environmental issues – sand mining and water pollution. Round three focused on sea and coastal life. In the sound round the teams had to match sounds with pictures and names. Round five focused on plants and the land. The sixth round was the most demanding as teams were required to identify the contents of bags. A spokesperson for each team reported to the audience on the plant, insect or object found in the bag. Milkweed, Monarch Butterfly caterpillars and Sword Fern were some of the bag contents. The final fast finish multiple-choice round decided the winners of the competition.
In third place: Martin Graf, Philip Green, Evan Hanekom and Mark Haux. The 2nd place winners were Daniel and Luke Bosman, Pierre Stegen and Marc Wälz. The 2018 winners were Rina, Geldenhuys, Melanie Engelbrecht, Christine Knieper and Christine van Zyl. All the winners received wildlife book prizes.