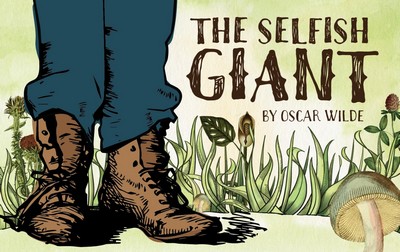 Our 2017 Junior School stage drama was based on the famous story of The Selfish Giant written by Oscar Wilde. With stage licence used here and there the junior school performed this wonderful story with much enthusiasm, plenty of hype and loads of fun. Joshua Combrink ably interpreted the role of the Giant and he deserves a round of applause for doing all the stunts on a pair of stilts! The costumes were creatively designed to depict the character being portrayed. Mr Hail, Jan Pienaar, wore a cloak with grey hailstones suspended from it; Mr Frost, Emmanuel Meyer, wore a cloak with icy points on the collar and Mr Snow, Julian Witthoft, was dressed in a puffy, soft, white cloak. The birds wore feathered outfits in shades of yellow which were both bright and beautiful. The tree boys and flower girls were hard to miss. Their costumes complemented their roles perfectly. And of course, who can forget the Giant’s wall – little learners in blocks of cardboard who were built and broken down perfectly. The core message of the drama is summarised in this song which the cast could merrily sing along with.