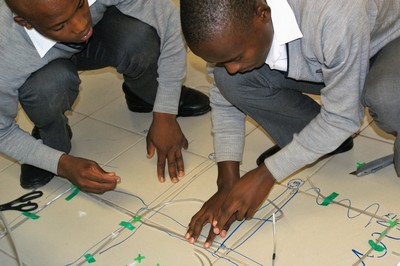 Following the initial theoretical test, four teams proceeded to the second round, during which they had to construct a water distribution network – the aim being to distribute three litres of water from a source container equally into three reservoirs on a 16-point grid.

The teams that achieved first and second positions proceed to the regional competition in Pietermaritzburg on 11 March 2017.