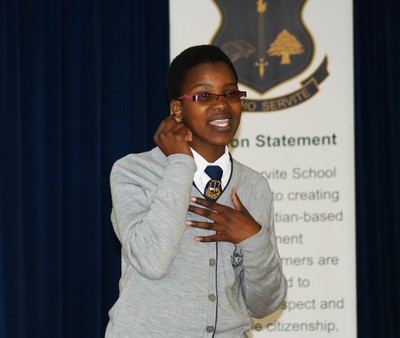 Public speaking in many people’s minds brings on nightmarish memories of past experiences.

But in spite of these realities, 45 items were entered 3 categories of the Youth Festival this year namely: Poetry Speaking, Story Telling and Public Speaking.
On 9 September plucky DSS learners presented their poems, stories or speeches in the school hall to NCAYF adjudicator, Anne Youngleson. She awarded 17 A+ symbols. 7 of the learners were also classed as Winners in their grades and categories, and 4 were Runners-up in their grades and categories.
So, strictly speaking, DSS speakers can speak quite well!