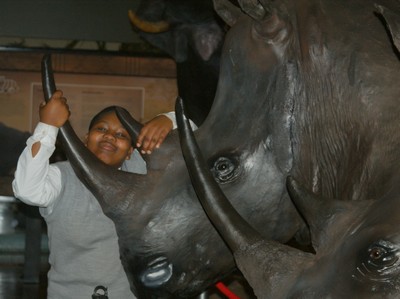 No – the constellations have not shifted, nor are jellybeans eaten with pancakes but these are the names of some of the birds that the Grade 9 class saw during their visit to the African Birds of Prey Sanctuary outside Pietermaritzburg. The annual Senior Phase outing took place on 21 August.

Jellybean is an African Harrier Hawk, Leo a Bateleur Eagle, Neptune a Fish Eagle and Cinnamon a Barn Owl. And these are only a few of a much greater variety of birds that can be viewed at this remarkable sanctuary for African raptors. The highlight of the visit was a live show by CEO, Shannon Hoffman. Learners enjoyed a ‘live demonstration’ of how particular birds search for and catch their prey.

The second stop was at the Pietermaritzburg Fire Department, which included a visit to the control room and a demonstration of how firemen descend down the firemen’s pole. This fire station also boasts a R11 million fire truck which can hoist its ladder an amazing six storeys!

After lunch at McDonalds, which included a double burger, chips, cool drink and ice-cream, we concluded the outing with a stop at the the amazing (and amazingly big) KwaZulu-Natal Museum. Displays are plentiful and include animal sculptures, a history of South Africa, cultural diversities. A venue worth visiting when you have time on your hands!