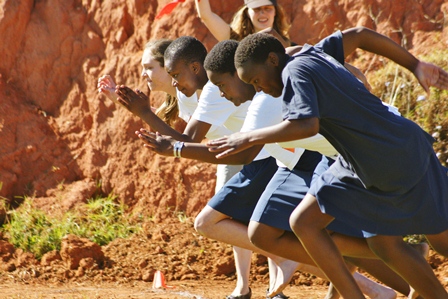 3 August turned out to be a fantastic day weatherwise for an Interhouse Athletics Meeting! It was on this day that Morris beat Murray, for the first time in a while, by a whopping 181 points. The final score was Murray – 1540 and Morris – 1721.

In terms of records equalled or broken, it was a momentous day with 26 new or equalled records. 4 records that were broken were originally set in the 1990s: