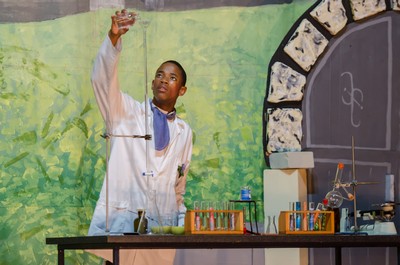 George Washington Carver, Man of Hope and Vision carved his place in Domino history on 24 and 26 October.

The American Civil War or the ‘war between the states’ took place from 1861-1865. The central issue of this war was slavery. The 11 southern states or the south wanted to protect slavery, leave the United States of America and form a new country.
The US government and the states that remained loyal to it were called the Union, or the north. Every state where slavery was illegal supported the Union. Abraham Lincoln, the president of the United States and his Republican party treated the breakaway by the southern states as a rebellion.
The war began on April 12, 1861. It was fought mostly in the southern states and lasted for four years. The south was devastated by the war. The Union won the war and slavery was made illegal everywhere in the United States.

It was during this tumultuous time in the history of the United States that George Washington Carver was born. In his life of about 79 years, he exemplified the virtues of a godly Christian and the traits of a great scientist.

“…his spirit and character are even more wonderful than his accomplishments.”
Raleigh H Merrit

The DSS High School presented the life of George W Carver on stage from his babyhood to fame as an elderly man. He brought mind boggling changes to agriculture and discovered the synthetic world.