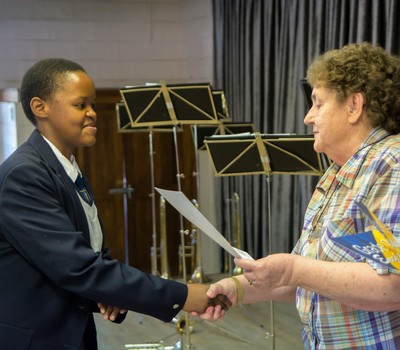 Head prefects, Dan Bosman and Simiso Nzama, directed the programme. Grade 12 learners, Christine Knieper and Dieketseng Mosia did the Bible reading in German and English respectively. The items were sandwiched between music and singing – one thing DSS learners can do well. Most of the awards were presented to Grade 3,6,8,9 and 11 learners who wrote various IEB benchmarking tests during the course of 2018. Congratulations.