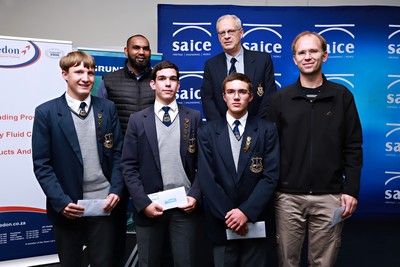 DSS participated in the Aqualibrium, SAICE Schools Water Competition on 27 July held at the Grundfos Building in Germiston.

This competition is run with the aim of advancing civil engineering among school learners. DSS qualified, having won the Pmb regional competition.

Other regional teams came from as far afield as Cape Town, Bloemfontein, East London, Harrismith, Durban and Kimberley to compete against teams from Johannesburg and Pretoria, as well as the national teams from Swaziland and Zimbabwe.