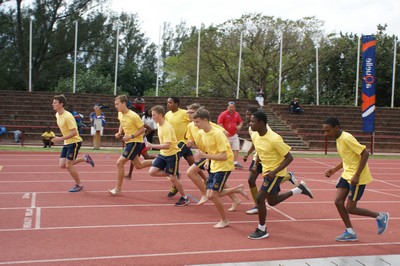 At this provincial meeting, sponsored by aQuelle, DSS learners represented the Northern KZN athletics team. North Durban, South Durban and Northern Coastal made up the 4 teams that competed in order to select the KZN which will represent the province at the forthcoming national competition. Northern Natal took the honours with a winning score of 2588 points, beating North Durban in second place by a large margin of over 1000 points.