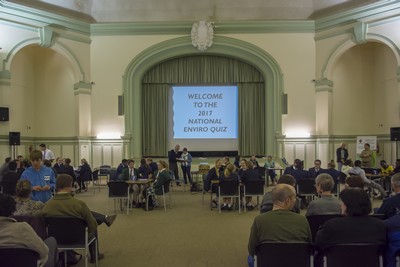 Domino Servite School came 6th out of twelve groups at the competition held in the Colin Webb Hall at UKZN in Pietermaritzburg on Friday, 4 August.

The 2017 DSS team comprised of two sister pairs: Elsi & Lisa Haux and Stefanie and Nicola Wunderlich. The competition was tight and DSS was 5th at half time. Although the team did not win one of the top three prizes, the competition was still enjoyed and it appeared to be more stimulating and humorous this year. The bag round included flowering invasive (including the Peanut Butter Tree!) and indigenous plants. Interesting video clips and beautiful photography from around South Africa made the competition relevant and beneficial to learners and audience alike.
On the Saturday morning, at the WESSA headquarters at Umgeni Valley, the learners took part in activities including wildlife spotting, scientific analysis and physical activities.