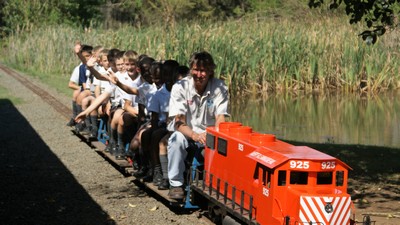 On 11 September, 51 learners, 4 teachers and 3 drivers set off on the much anticipated FP outing.

At the African Bird of Prey Sanctuary we viewed all the birds of prey which are kept in cages such as eagles, owls, falcons, hawks, vultures and even secretary birds. We were treated to a flying show where the birds demonstrated their flying and hunting skills. Our next stop was the Albert Falls Miniature train rides where each learner was issued with a train ticket for their ride. After the train ride an enjoyable lunch was served. It was an enjoyable day.