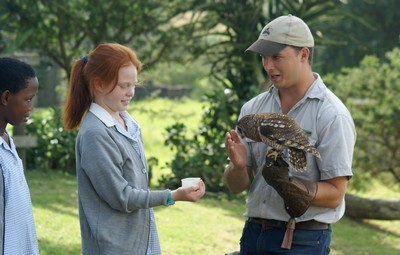 The annual Intermediate Phase Outing took place on 11 May.

The first stop was the African Bird of Prey Sanctuary situated just outside of Pietermaritzburg near the Lion Park. We went on a self-guided tour through the pens and aviaries where we spotted a variety of eagles, owls, falcons and vultures. Many of the birds have a story of how they were rescued and restored at the sanctuary. Shannon, with her assistant, put on an inspiring bird flight show in the outside arena. Some learners were given the chance to touch and feed some of the birds. Our second stop was at the Natal Museum in the city. For many children, this visit was an eye opener. The life-sized models of elephant, rhino, buck and birds were very realistically portrayed. The almost true-to-life walk through Bushmen cave was fascinating. The stroll through the old streets of Pmb gave them a glimpse into a life that they can only imagine.

It goes without saying though, that the stop at McDonalds was probably the highlight of the day!