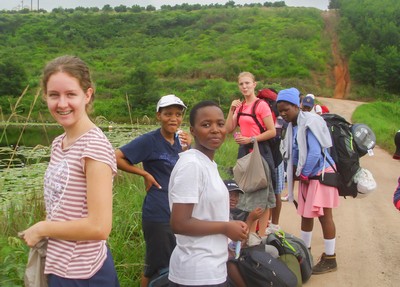 On 3 March, bright and early, an excited bunch of Gr 10 girls waited in anticipation at the starting point, packed and ready to set out on the hour-long hike to their camping site, which was to be home for the next two days.

Once they arrived, shelter-building began in earnest. Of course, making camp fires precedes any sort of meal in the bush. Flame-grilled marshmallows and chocolate were a highlight in the evenings. Along with loads of fun team-building activities, like building “sea-worthy” little boats for a competition, the girls learned to be responsible for cooking their meals and keeping the camp tidy. They were awarded points for everything they did, which all added up to a final score and prizes for the winning team members. An altogether enjoyable, yet educational, weekend for all involved.