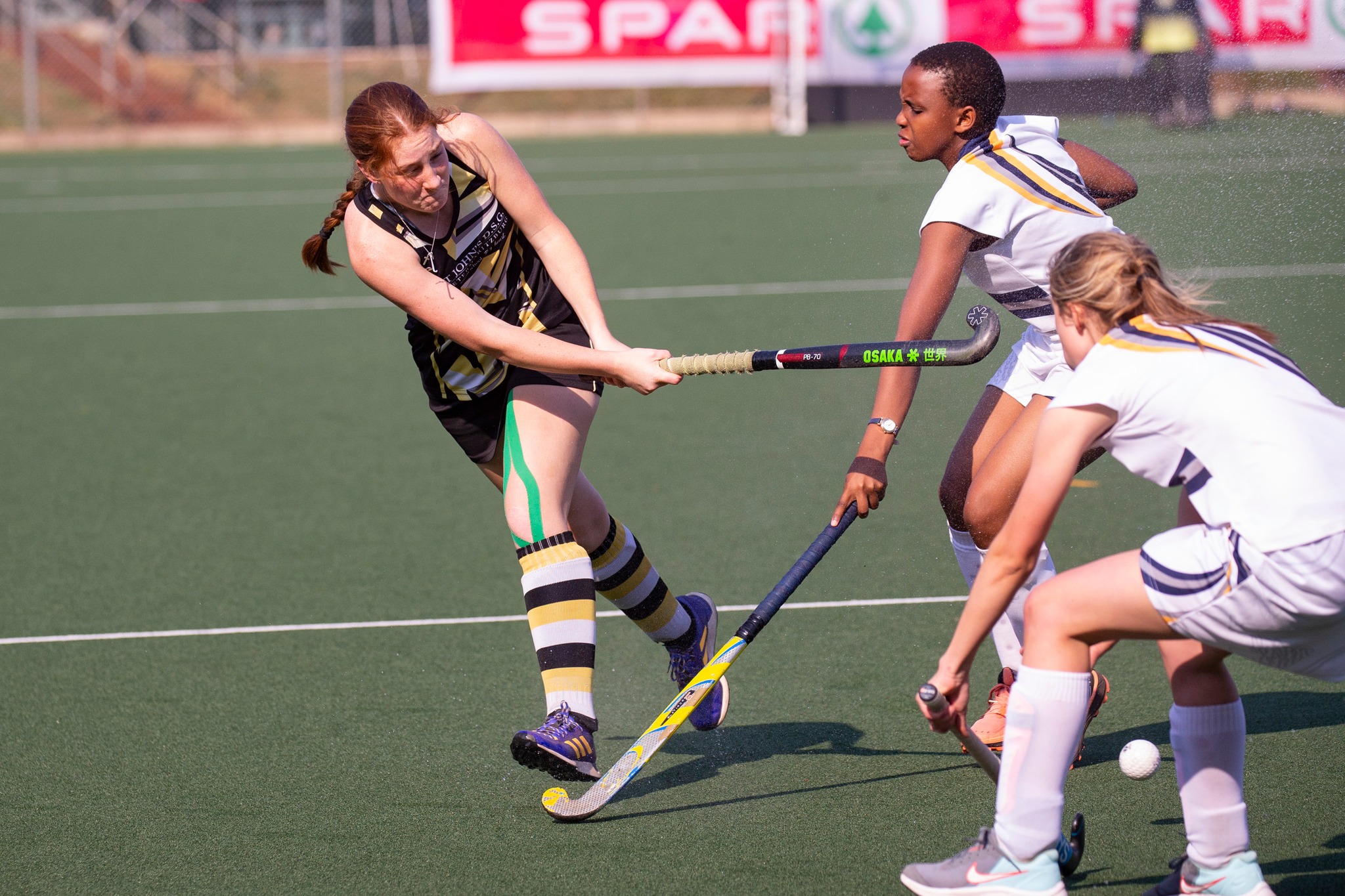 The 10th Grand Finals of the SPAR KZN Schoolgirls’ Hockey Challenge took place at St Mary’s DSG on the weekend of 23,24 July. Two days of highly competitive hockey was played on astro as the top ten regional winners from the KZN challenge descended on Kloof.

Since February, the challenge has taken place in ten KZN regions. With a total of 70 schools participating, ten regional winners made it to the final competition. The champions of the DBN Central Region were Durban Girls College; Our Lady of Fatima won the DBN North Region tournament; Kuswag Hoërskool were winners in the DBN South Region.
In the PMB North Region, St Anne’s College won and in the PMB Central Region, St John’s DSG won.
St Mary’s DSG won the Highway Region tournament; Grantleigh College the North Coast Region, King Edward High School the uGu & Sisonke Region, Domino Servite the Umvoti & oThukela Region and Pionier Hoërskool were winners of the Northern KZN Region.

The two newcomers to the competition were Domino Servite and Pionier Hoërskool. Durban Girls College is the only team with 100% record of competing at every Grand Final. They have a fantastic record at this tournament which includes 3 golds, 3 silvers and a bronze and have participated in a medal game every year.

Points in the pool games were awarded as follows: 4 for a win, 2 for a draw with goals, 1 for a goalless draw and nil for a loss.

On Sunday 24 July the cross-pool play-offs and medal games were played. Games lasted 30 minutes with a changeover after 15 minutes. If the scores were level in any of the playoff games, there was an 8 second penalty shootout where three players from each team tried to claim victory for their team.

Congratulations to Durban Girls’ College who took the honours in a penalty shootout against St Mary’s DSG, Kloof 2-1.

Domino played against Kuswag Hoërskool in the playoffs and won 1-0 which put them in position 9 for the tournament.

CHECK THE VIDEO CLIP IN MEDIA