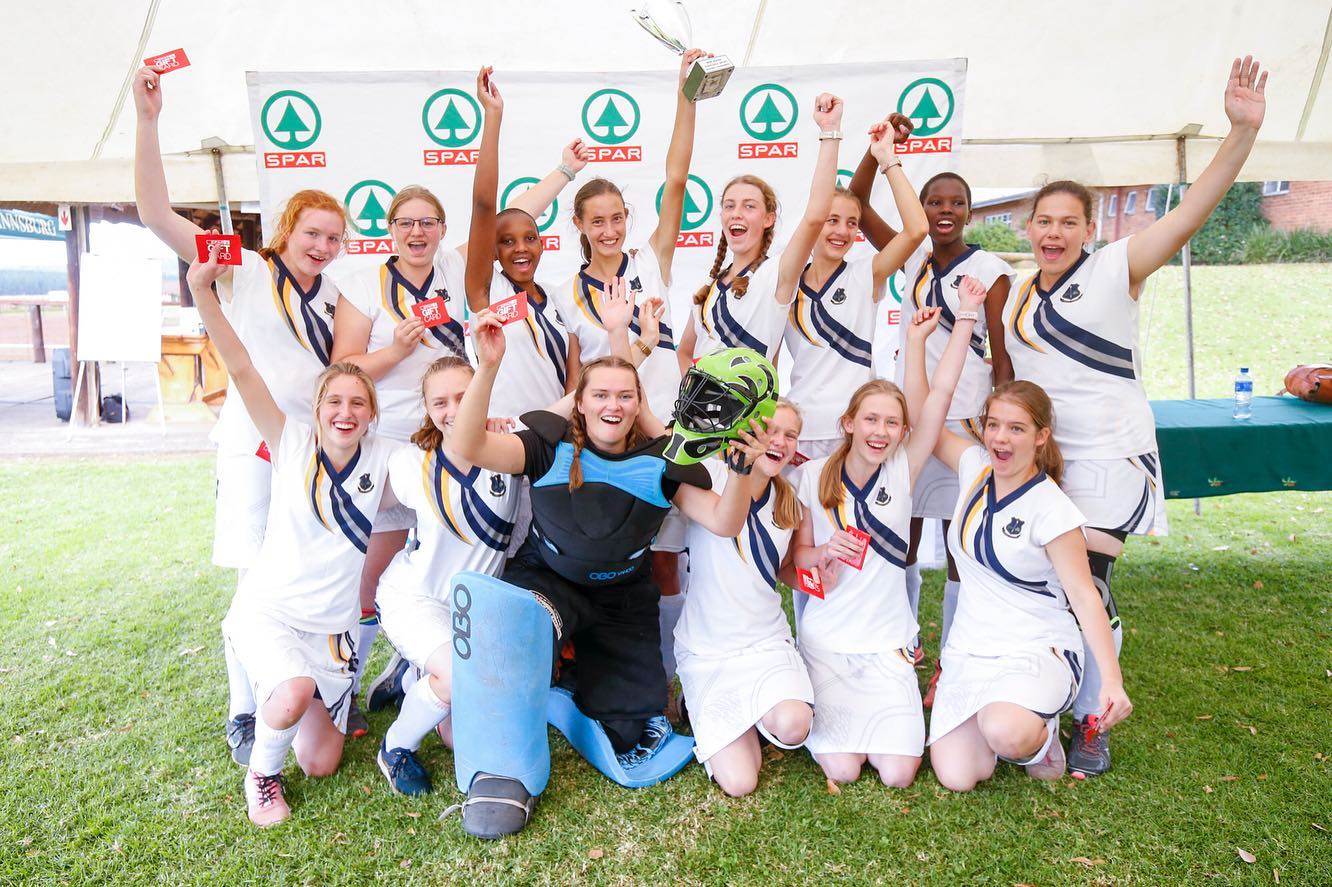 In a surprise upset, Domino Servite took the honours in the SPAR KZN Schoolgirls Hockey Challenge uMvoti and oThukela Regional at Deutsche Schule Hermannsburg on Saturday 7 May.

They met one of the favourites in the regions’ final game, toppling Wartburg Kirchdorf School in an all-important critical penalty shoot-out. After 25 minutes of play the whistle blew with the score line level on one each.

Domino were awarded their first real threat in the game, a short corner midway through the final. The ball was pushed to the top of the circle, where the castle sent the ball towards the goals finding its way to the right where a tussle on the post saw Wartburg’s goalkeeper, Yoliswa Khenyisa, keel over, hit the upright. She suffered concussion.

Domino’s captain, Liezl Green managed to knock their goal in shortly after Wartburg keeper’s unfortunate injury. As the game drew to a close, Wartburg responded with a barrage of attacks, including four short corners. On their final set piece, they managed to equalise after the ball was pushed out to the top of the D, with Lisa-Lea Engelbrecht trapping it cleanly, shifting the ball from her favoured right, side-stepping the first wave, and knocking in a reverse stick leveller.

Seconds later the final whistle blasted announcing the game would head to the penalty spot. Wartburg’s Robyn Vorster took their first opportunity scoring and putting her team 1 point ahead. For the next four rounds the score board remained on 2–1 to Wartburg.

Domino’s captain, Green stepped up to the spot, and determinedly took the ball up, zig-zagging as she went. A firm standing Andile Dube was unable to keep up with the quick footed attempt from Green attempt and watched in amazement as the ball rolled over her line, again levelling the score.

The game’s conclusion moved to sudden death with Wartburg setting off first. Their fourth penalty was a mis-hit giving Domino the edge. Amy van Tonder from Domino calmly made her way goal wards, pulling the ball right and determinedly knocking the ball across the line, earning her team their third goal and the regional title for the first time.

Chatting after the final, Domino captain, Liezl Green, “We came here a little bit unsure but were quite excited. We knew we were stronger than two teams but we were unsure about Wembley and Wartburg. We were delighted to reach the final, but we were exhausted, so we played a lot more defensively. We didn’t expect to win but we are delighted to make it through to the finals for the first time.”

Coach for Domino, Willem du Toit, “We enjoyed it although it was tough and draining. It was a rollercoaster day. It was fun and I am very happy for the team, they did well.”

Acknowledged for his efforts with the whistle, Gareth Larkan from host school Hermannsburg was named Umpire of the Day.

Next week the action moves to Durban for the second last tournament for 2022, the Durban Central Regional at Durban Girls’ College, followed by the Northern KZN Coastal Regional at Grantleigh School in Richards Bay on 21 May.