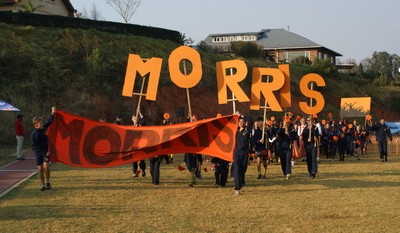 2018 was bright, bright orange on the athletics field.

The Interhouse Athletics competition held on 3 & 4 August proved that Morris had the goods this year to pull off the interhouse victory, finishing with a total score of 1824 and narrowly beating the greens by 9 points. It was a nail-biting duel throughout the final day with the Winning House trophy awarded to Morris and the Spirit trophy shared by both houses.